Tohuwabohu are Saam Schlamminger (aka Chronomad) and Burnt Friedman.
The first joint 4-track EP was produced in Friedman’s studio in summer 2013.

“Repetition: Into the Tohuwabohu, cultural patterns are passed. Saam Schlamminger (aka Chronomad) learned to play numerous instruments, such as frame drums and lutes from various regions of the world. He is an expert in rhythms and tunings and repetitive contemporary electronic dance music – and in styles that are disappearing from the cultural sonic memory;.
Takes: … Burnt Friedman – Nonplace owner, producer, sound and drum machinist, is fascinated by rhythm and metre, by straight and odd time signatures. Together, Schlamminger and Friedman create spaces of resonance ‑ “ur-crackling”, dissect takes of sonic memory with origins lying in the drums and flutes.
Place in actuality: Schlamminger and Friedman play in the traditions of change … In the beginning there were echoes.” (Johannes Ismaiel-Wendt)

Place: “They are ‘off’ and may be out of place, but at least they are always in motion, in time, in place, in the form of all kinds of strange combinations moving about, not necessarily forward, sometimes against each other, contrapuntally yet without one central theme.” (Edward Said)

“Saam Schlamminger’s music negates the dialogue of cultures. Dialogue means one of you over here, the other over there, and now get along with each other. In that kind of scenario, being forced into subjects, cultures can only operate as caricatures. Applied to music, the result sounds as you would expect: Western blandness in Southern or Eastern gravy. Or the other way round: beats that don’t bring more world into folklore. There are, of course, exceptions, great encounters. But they don’t draw their life from cultures or collectives, they draw it from firmly rooted individuals who finally grow beyond themselves. They can complement each other, steal from each other, grow together to form something new, at best become a whole that was never heard before – but in so doing, they have left dialogue behind. It might seem to be dialogue, but in fact it is a many-voicedness, many voices that become an orchestra instead of simply talking to each other. Saam Schlamminger has gone even farther. In his music, dialogue is revoked. All is one, but nothing surrenders itself. It is not possible to distinguish origins (…).” (Navid Kermani) 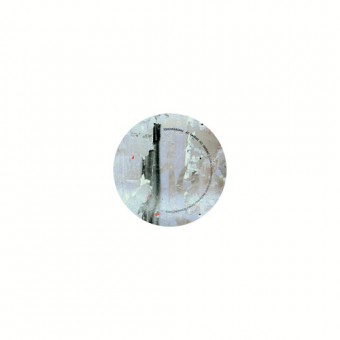