“This is Lounge music deconstructed by manic phunk preachers.” (Muzik)/ “A bit like Magma on Prozac…” (The Wire)

This remastered and edited version of Con Ritmo contains 4 extra tracks (2 previously appeared on vinyl only and 2 were unreleased).

“Con Ritmo captures the subtleties and complexities of a live performance without descending into mere digital imitation. Friedman likes to play with notions of live, sampled and programmed material, even down to the addition of crowd noise between tracks, together with mumbled introductions by the’musicians’, but he also uses the capabilites of digital technology to produce edits, breaks and rhythmic matrices that even Tony Williams might think twice about attempting. Friedman‘s grasp of texture, space and dynamic is incredible here – there’s no clutter, nothing extraneous. The eleven minutes plus of ‘Das Wesen aus der Milchstrasse‘ relocates ‘Black Market’ era Weather Report in the outer reaches of the known galaxy, with Atom TM(Friedman’s partner in Flanger) delivering an echo drenched, zonked Moog solo which suggests how Joe Zawinul might perform under extremely strong hallucinogens. Light years ahead of the lazy appropriation and quantised rhythmic tedium (or to quote from the nonplace site, ‘manky MIDI miserabilism’) that dominates computer based music in general, this is witty, positive and intelligent stuff.” (Peter Marsh) 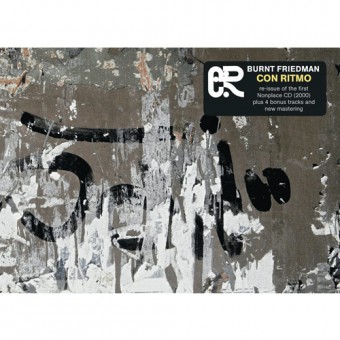